JSX expands to the East Coast

I've been out of the travel news loop for a while but I just noticed today that JSX is launching New York – Miami service on the 18th of November.

JSX offers a private-like service from a few select airports in the West, but this is their first service on the East Coast. Unfortunately, they're flying out of HPN/Westchester County rather than from the NYC-area private terminal in Teterboro, New Jersey (the latter being vastly closer, especially so in heavy traffic).

While official info about their Westchester terminal hasn't been announced, I'm guessing they'll try to fly out of a civil aviation hangar there rather than out of the normal terminal. If you have to schlep all the way up there AND still go through the normal TSA and airport experience, I doubt many people would do it.

Fares start at $749 each way. More info on flyingmag.

Popular posts from this blog

Some tips for renting a car with Turo 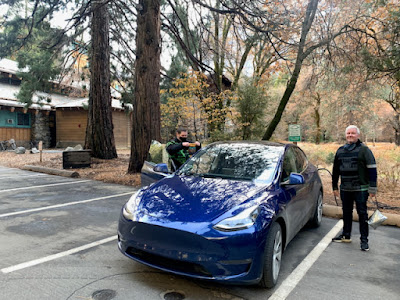 Given how the pandemic affected the major rental car companies and American travel patterns, it's been a rough year for people trying to rent a car. Some tourists in Hawaii got so desperate they were renting U-Hauls to drive around the island! In our case, we've not seen a single available date in all of 2021 at our favorite car rental place (the one in Albany that's inside the train station). Eleven years ago, I did a long-term consulting gig for a tiny company called Turo . They were aiming to be the AirBnB of cars and given that they're about to have their IPO, I'd say they've succeeded. Despite their huge growth and the current pain surrounding traditional car rentals, I'm surprised more people aren't familiar with them. The true genius of Turo wasn't the idea or the technology, it was the insurance. They were the first ones to figure out a way to cover the driver (ie, the renter) for accidents without passing on any liability to the car owner (
Read more 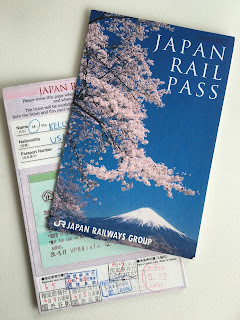 (last update Sep 2019) Sections Before You Go Staying Takkyubin Finding Things Metro and Trains Driving and Taxis Food General Stuff Digital Life Links   📆 Before You Go Check to see what festivals and holidays are happening on the days you're considering. There might be some awesome things you don't want to miss, or giant crowds (e.g., Golden Week ) that could complicate your plans. If the trip is far enough out, start planning how to get there with points. My planning for our big 3 month adventure is here . Our points planning for the trip before that is here . Try to get on a Japanese airline if you can... ANA is in Star Alliance and is an Amex transfer partner, and they have great off-season deals . JAL is in OneWorld and recently added a partnership with Alaska Airlines. To quote my best friend who's originally from Tokyo, "I'd rather fly ANA in Economy than United in Business". Consider getting a Japan Rail Pass befo
Read more 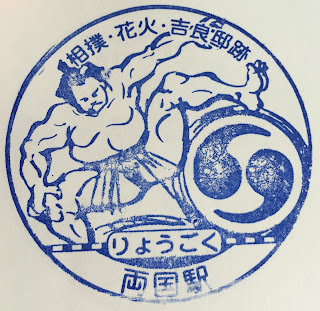 From Pokemon to Neko Atsume to shuinchou temple books , Japanese people love collecting things. If you've ever taken a ride on the glorious shinkansen bullet trains or ridden one of their extremely clean and punctual urban lines, then you know there's also a national obsession with great trains. The Eki stamp ("station stamp") is where those two obsessions meet . Most Japan Railways stations (including urban metro ones like the Yamanote line) have a unique stamp reflecting that station's history. Kids and train nerds (called "Tetchan") buy cute little books to collect the stamps of all the stations they've been to. The USA has a similar program with the national parks . One of my favorite stamps… All train-nerdiness aside, an Eki stamp book makes a great souvenir : it's flat, small, cheap, and light... and shouldn't take but a few moments to do when you're out and about. Special Eki stamp books are usually available at booksto
Read more